With special thanks to The Paris Guy, I took a guided walking tour of the Versailles palace and learned plenty of new trivia on one of France’s most treasured monuments.

I visited the Château de Versailles in January 2014, then visited the gardens—Petit Trianon and Domaine de Marie Antoinette—last summer.  So, why would I want to visit Versailles again?

Taking a guided tour wherever you are visiting does make a difference.

Honestly, I’ve only taken a handful of guided tours, but every time I go, I am never disappointed because I learn information that I never would have found out without the guide’s insight.

I would recommend taking a guided tour:

… if you’re visiting a destination for a short amount of time and want to make sure you’re hitting the major highlights.

… if you are visiting a new country that does not share your native language.

… if you are not comfortable taking public transportation. I mention this because The Paris Guy’s walking tour includes transportation from Paris to Versailles and directly to the palace. The more traveled individual may find this easy, but for individuals who are unsure or want to be sure, it’s worth the

… if you’re traveling by yourself and don’t want to be solo at major tourist destinations. It’s not unreasonable to think of your personal safety. Unfortunately, a friend of mine had visited Versailles by herself and was followed by a stranger at the beginning of her Versailles visit.

… and even if you’ve already visited the site, chances are that you may not have done a crazy amount of preparation to research the architecture, the history, the culture of the period… Keep in mind that tour guides are meant to specialize in information that you wouldn’t readily find without heavy Google searching.

The final reason why you would want a guided tour? There’s a good chance you get to cut horrendous queues or waiting lines. Being able to save time to avoid waiting for hours in line is a *huge time saver* and allows you to do more during your destination visit! The “skip-the-line” feature for The Paris Guy tour caught my eye because I am more than familiar with what queueing is like for popular French museums and exhibits…

If you need a visual of what I’m talking about, at the time our group tour arrived at Versailles around 11:15 am on a sunny Friday, the line to visit the palace double-backed the stone courtyard:

Abbey, our tour guide, is an American who has been living in Paris for over 8 years. Between her university studies in history, architecture, and international affairs—as well as her experiences being a tour guide throughout her time in Paris—Abbey is happy to chat about Paris living and share recommendations for what to see and do while visiting. 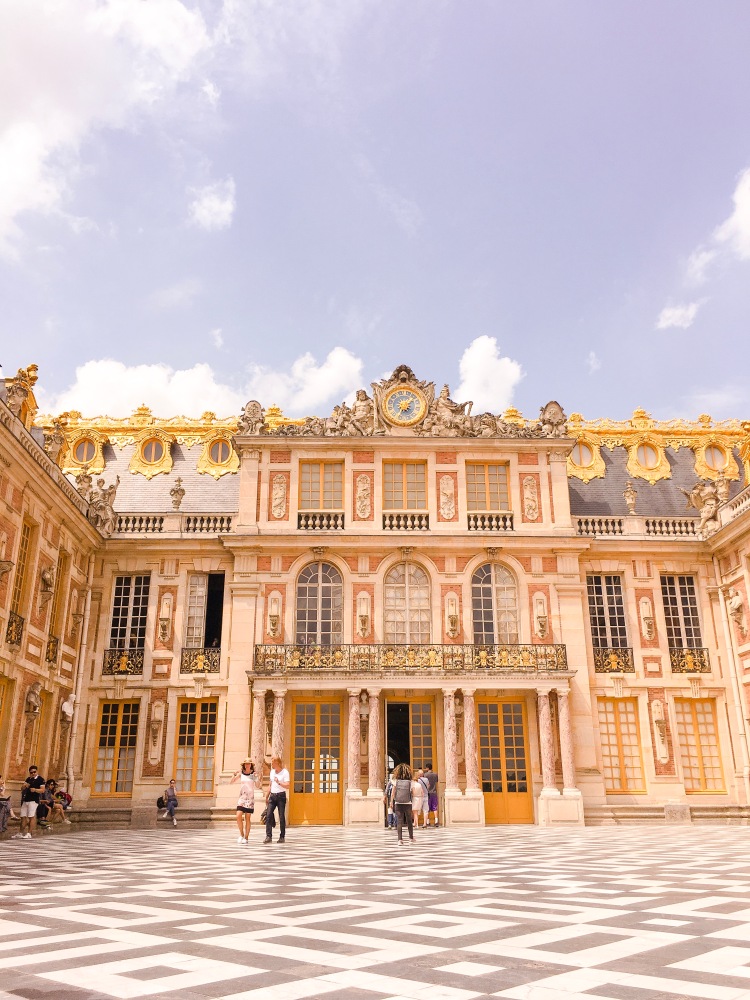 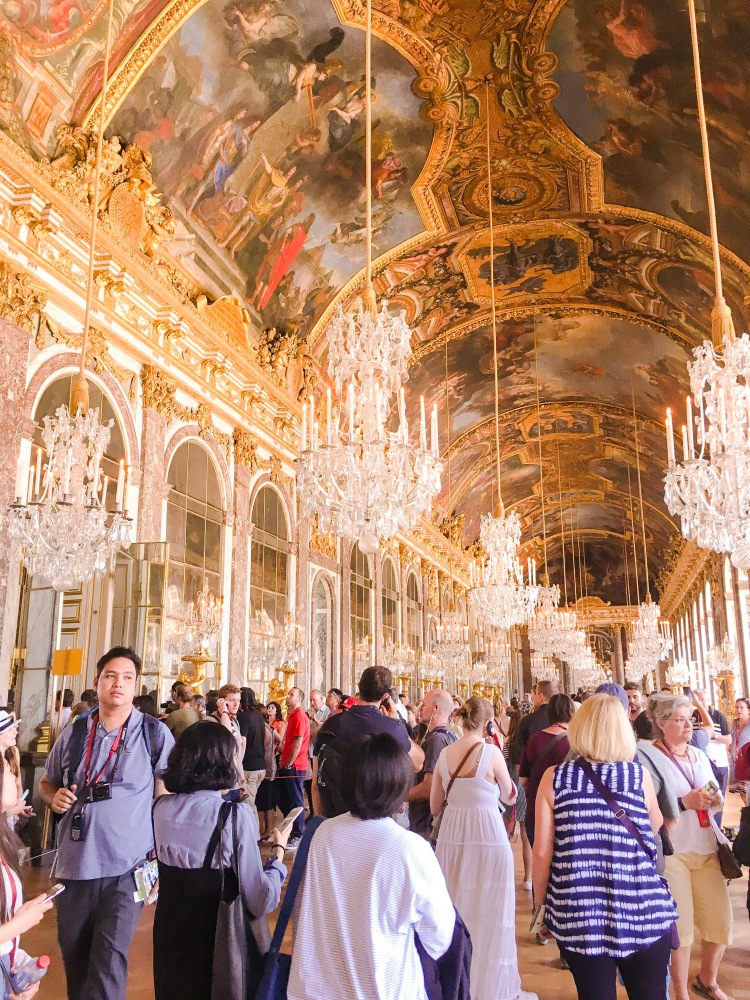 I don’t want to spoil the tour by giving away all of Abbey’s tips, but I’ll share my top five favorite facts that I learned about Versailles from the tour: 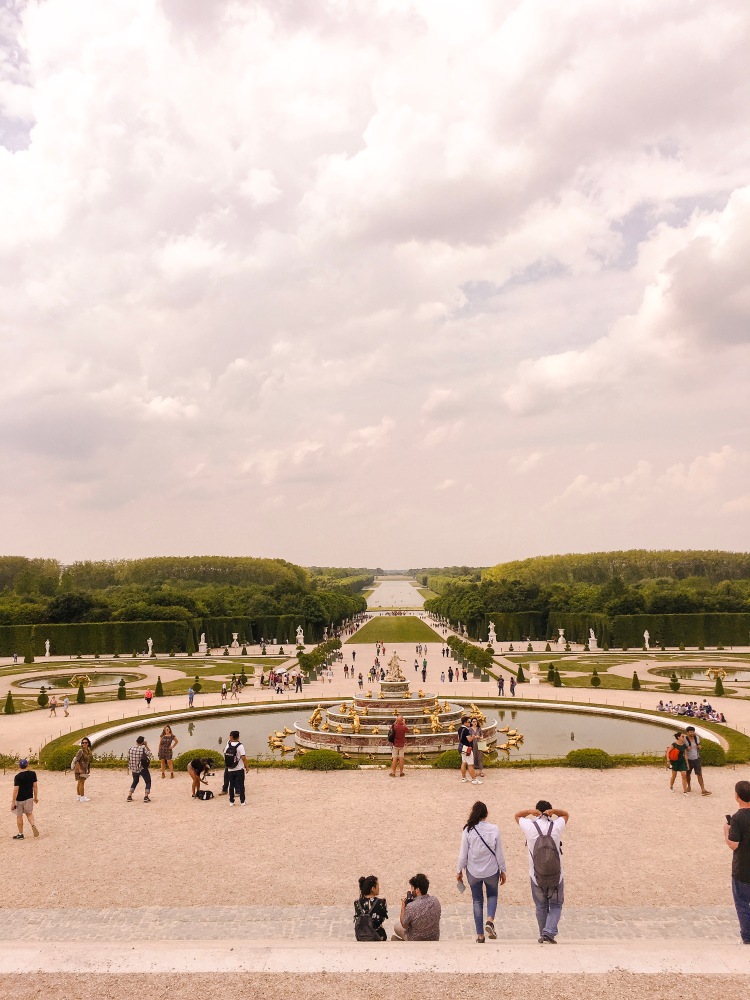 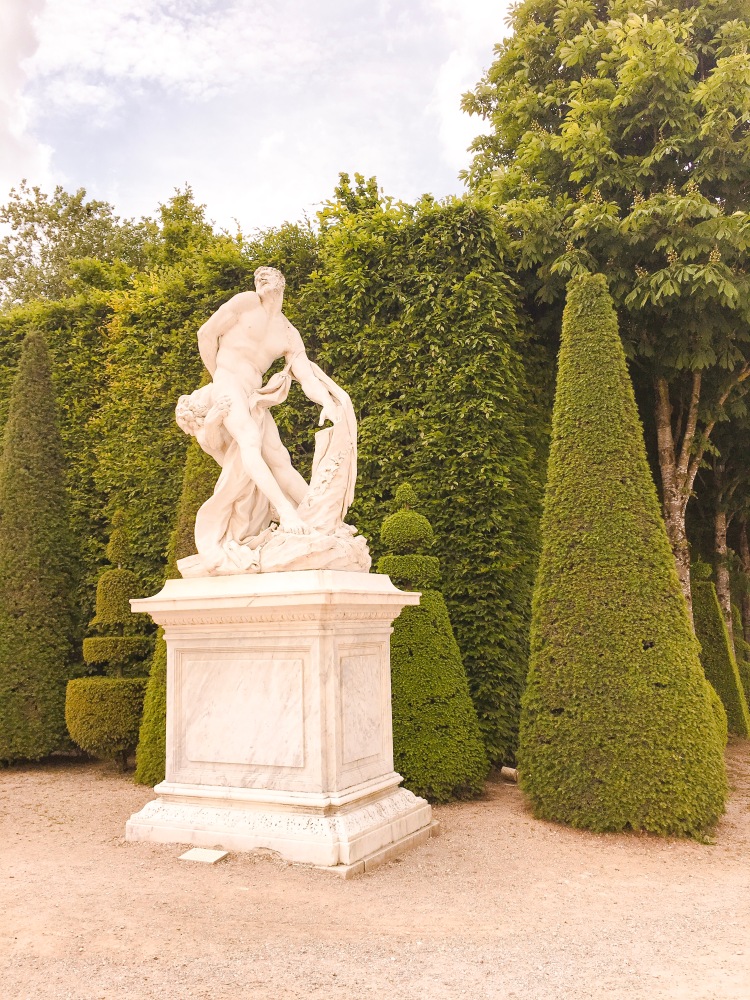 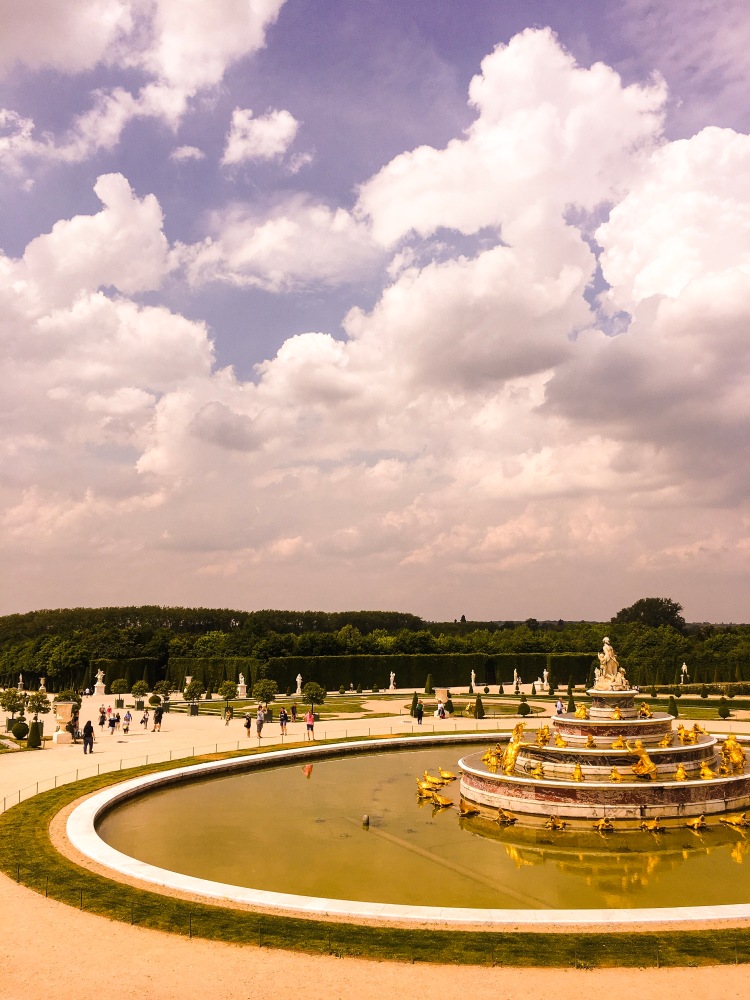 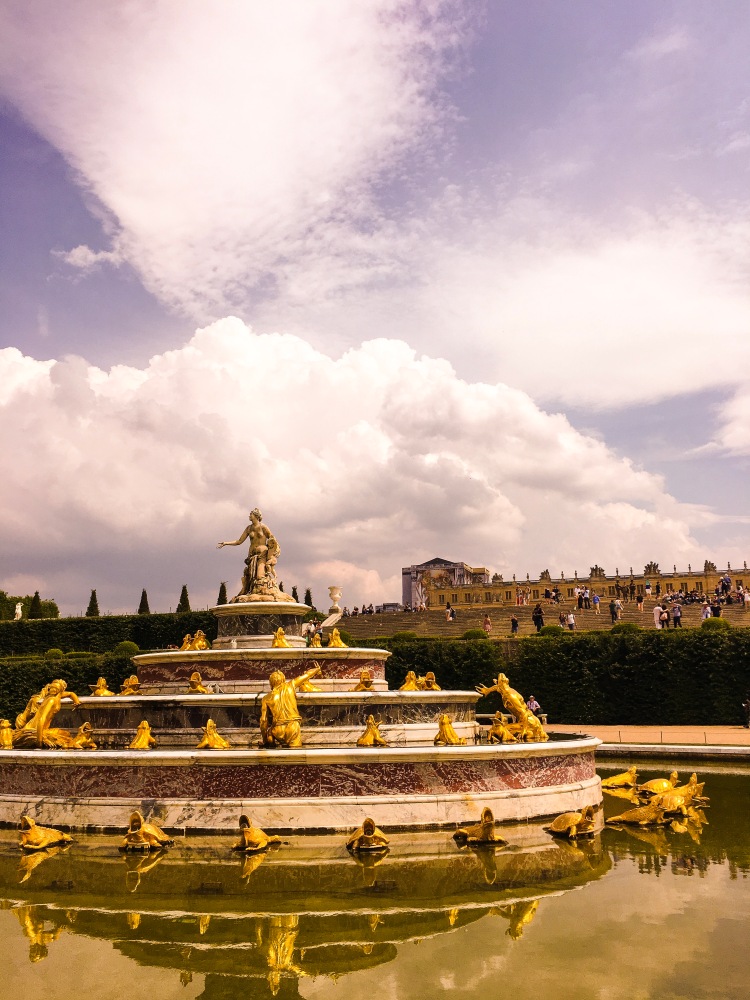 Even though I’ve included quite a few photos in this post, you’ll need to visit Versailles for yourself to witness its sheer majesty (no pun intended).

Specials thanks to The Paris Guy and Abbey for a wonderful trip! Visit The Paris Guy’s website for all tours and availability.

Note: Although this is a sponsored review, I only choose to work with companies who offer quality products and services that are relevant to P.S. by Macaron Hoarder’s brand messaging. All opinions are my own.

Alright. How did I do? #dollypartonchallenge
I had way too much fun picking out my favorite women’s resort 2020 arrivals! You can never go wrong with a classic blue and white capsule wardrobe for a sunny getaway 🤍🌊 . . . BTW, I’m switching out my current *link in bio* to my Bloomingdale’s online storefront. My blog @psbymacaronhoarder is still alive, I just haven’t been able to make time for it... I post of my updates on Instagram anyway . . . #bloomingdales #bloomingdalestylist #bloomingdalesnorwalk #stylistlife #styledbybloomies #outfitinspiration #sandro #sandroparis
Trying to figure out the next time I can head back home 🌊
How was this basically a year ago? Time flies too fast ⏱
Sunday feels, brought to you by Bella 💛
First IG post of 2020 📸 I already feel like this year is going to be completely different. At this same time last year, I had a different job and a different relationship status and was looking into moving to a different country. . . . I spent this afternoon in NYC doing things that I would normally love—visiting The Met, window shopping on Madison Ave, stopping at Maison Kayser for lunch, getting *more* coffee... I had a nice time, but it didn’t feel as nice as I thought it would. . . . Maybe I need to book a flight somewhere this spring and go on a new adventure—it’s long overdue ✈️ . . . Pictures from the current exhibit on view at The Met’s Costume Institute